Why are platelets important?

Platelets, which make up less than 1% of our blood, help our body repair damaged blood vessels. The delicate blood component is crucial for healing in many patients, especially those battling cancer.

For this reason, we encourage many of our donors to give platelets through an automated system. The equipment draws blood, separates the platelets, and returns the other components to the donor, along with a saline solution. As a result, you can donate platelets as frequently as every two weeks!

How often can I donate platelets?

You’re able to donate platelets every seven days, up to 24 times a year. While donating that frequently is not required, we encourage our donors to donate as often as they can!

Sarah was celebrating her son’s fourth birthday in 2018 when she had to excuse herself. While she had the video camera pointed at her young son’s face, Sarah couldn’t help thinking this birthday might be his last.

Owen was battling brain cancer for the second time.

“Seeing your young child going through something so hard but always seeming to have a smile on his face,” said Owen’s dad, Brandon, “I think of the things that he’s had to go through, and I couldn’t have handled it nearly as well.”

The family has nothing but gratitude for the blood donors who made Owen’s recovery possible. They said the journey has been rough, but they’ve been blessed along the way with people who want to help.

“If there’s anything I could say to the people who have donated blood to our son and helped save his life, it’s ‘thank you,’” Brandon said. “You go to Gulf Coast Regional Blood Center and you spend your hour and you donate, maybe not even giving a second thought to what you’re doing.

“But what you’re doing is saving my son’s life.”

Make an appointment to save lives.

What do platelets and avocados have in common?

They don’t last long! Platelets have a five-day shelf-life, which isn’t much longer than a good avocado. That’s why we need consistent platelet donors. 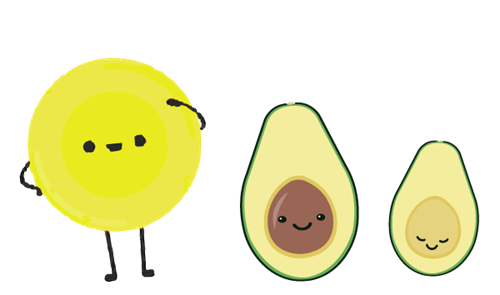